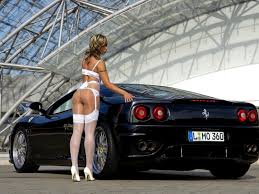 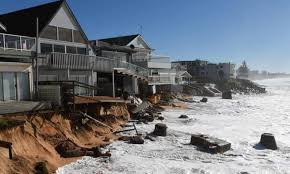 "If damaging tipping cascades can occur and a global tipping point cannot be ruled out, then this is an existential threat to civilization...In our view, the evidence from tipping points alone suggests that we are in a state of planetary emergency: both the risk and urgency of the situation are acute ...the intervention time left to prevent tipping could already have shrunk towards zero, whereas the reaction time to achieve net zero emissions is 30 years at best. Hence we might already have lost control of whether tipping happens"  https://www.nature.com/articles/d41586-019-03595-0 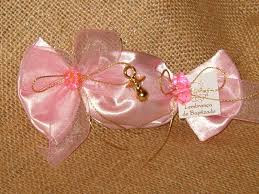 Will we ever see USA war criminals facing trial before the ICC ? 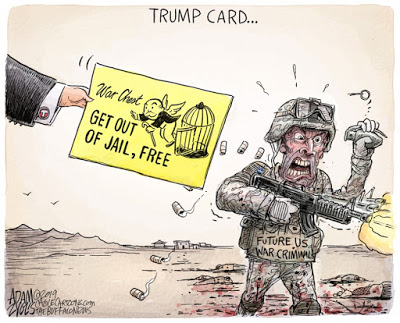 https://edition.cnn.com/2019/11/27/politics/richard-spencer-op-ed-eddie-gallagher/index.html
To ask that we must take into account what was written in the article above and also in the two emails below:

In the book title above published 10 years ago, George Friedman explained that USA needs to keep a permanent destabilization action all over the globe especially in Eurasia and in the Middle East to avoid coalitions that may threaten USA world supremacy. Using his own words:

"USA has no interest in having peace...conflicts are needed to maintain power balance...in the XXI century...there will be new destabilization actions both in the Balkan Peninsula as well as in the Middle East"

And that helps to understand why Mr. Trump is so eager to send some missiles and bombs over Iran (Persia). Also, let´s not forget that for USA a war is always an excellent opportunity to test new weapons and to show its live performance to potential buyers.

The link above shows that China could overtake US on research impact by the mid-2020s. But that´s not surprising. The 2018 European Innovation Scoreboard in the link https://ec.europa.eu/docsroom/documents/30281 showed that China is catching up very fast.

But what i think is worrying for now is this piece https://www.businessinsider.com/volvos-british-design-chief-says-china-is-better-at-building-cars-than-europe--?r=nordic that has the potential to give the USA car industry a very hard time because right now they can´t even tackle German competition.

But if USA wants to challenge Asia innovation rise it should be moving billions from the military budget to other more promising areas that could help Humanity like for instance renewable energy. Yes, we all know that discovering a cost-effective renewable energy source is difficult and it's much easier to keep on producing weapons something that Americans do so well. In fact a country that has so much military equipment to sell for sure has a lot of interest to force someone to buy it or instead to fuel some wars around the globe to create demand. So no doubt peace is very bad business for USA.

Since at this very moment just three European countries already spent as much on military material as Russia (the so-called big menace) so why should Europe increase defense spending? Because Mr. Trump is threatening to leave Nato ? Really ? Its just sad that not even one of the European leaders that were in the Nato Summit had the courage to tell him what he needs to hear.

"the eighth wonder of the world...the final frontier..." 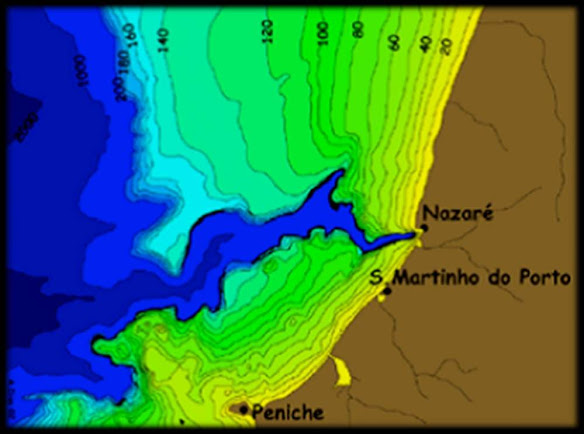 Still following on the report 100 Radical Innovation Breakthroughs for the future, link above. Check in the link below the 2019 Research Fronts by Clarivate Analytics. In the report, 137 key research fronts are identified out of 10 broad research areas, including 100 hot and 37 emerging topics. Research Fronts reflect the recent award-winning research highlighted by the Nobel committee in 2019
https://clarivate.com/news/clarivate-analytics-and-the-chinese-academy-of-sciences-release-annual-joint-report-to-identify-137-research-fronts/ 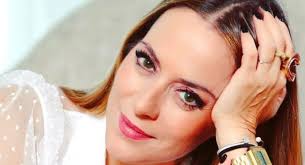 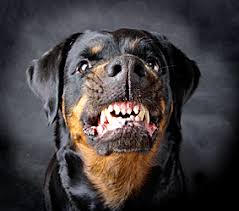 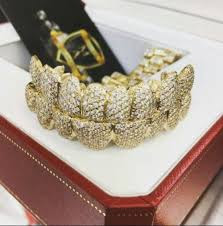 Yes it's a dirty job, but some researcher has to do it

and that may help to understand why i wrote that even a mere sanitation worker has more value to Humanity than Ronaldo, Myke Tyson or any other sport star
https://pacheco-torgal.blogspot.com/2019/11/world-toilet-day.html
à(s) novembro 28, 2019

“Let’s get this on the table right away, without mincing words. With regard to the climate crisis, yes, it’s time to panic”
Pierrehumbert, R., 2019. There is no Plan B for dealing with the climate crisis. Bulletin of the Atomic Scientists, pp.1-7.

"in the face of an inevitable near term social collapse due to climate change."
https://ec.europa.eu/digital-single-market/en/news/climate-change-resilience-uncivilisation-rebellion-and-technology

"shattering collapse of civilisation is a near certainty"
https://ccb.stanford.edu/paul-r-ehrlich

“Water availability had decreased sharply in the lower-latitude dry tropics and subtropics, affecting almost two billion people worldwide. Agriculture had become nonviable in the dry subtropics. The Sahara had jumped the Mediterranean, and Europeans began a long trek north…Aridification had emerged over more than 30 percent of the world’s land surface…Most regions in the world had seen a significant drop in food production...In acidifying, warmer, and oxygen-depleted oceans, fish stocks had crashed. The lower reaches of the agriculturally important river deltas such as the Mekong, Ganges, and Nile had become inundated, and significant sectors of some of the world’s most populous cities – including Kolkata, Mumbai, Jakarta, Guangzhou, Tianjin, Hong Kong, Ho Chi Minh City, Shanghai, Lagos, Bangkok, and Miami – were abandoned…Pandemics had occurred, as the infectious diseases once identified as “tropical” spread poleward with the heat and humidity. 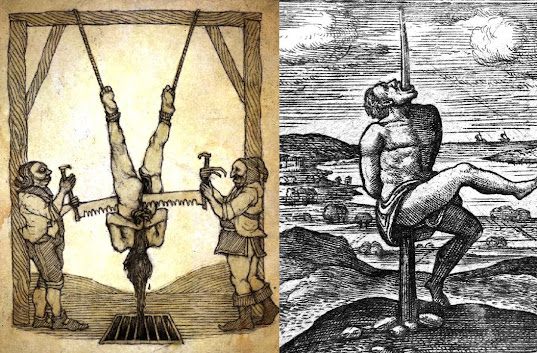 Nature___“This is exactly what we need in science.” 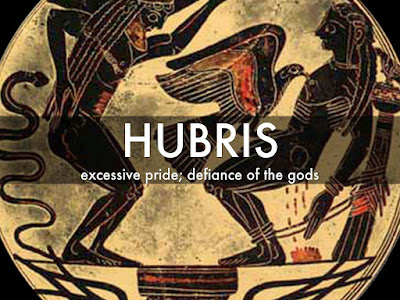 The title of this post is the last phrase in the recent article published on Nature just a few days ago https://www.nature.com/articles/d41586-019-03572-7

The authorship of the phrase belongs to a Professor of Zurich University and concerns the fact that lottery grants can bring some humility to academia that is addicted to hubris.

“If you know you have got a grant…which is selected partly randomly then you will know very well you are not the king of the Universe, which makes you more humble…This is exactly what we need in science.”
The article also mentions that the "Swiss National Science Foundation" is the latest funder to experiment with random selection.

P.S - In March of 2018 i suggested that even the selection of professors should be done using a three-step lottery:
"External experts select 4 candidates of the initial pool, the internal committee rejects 2 and then the lottery decides the winner between the remaining two candidates !"
https://forum.bolseiros.org/viewtopic.php?f=8&t=7853&p=40794&hilit=lottery#p40794 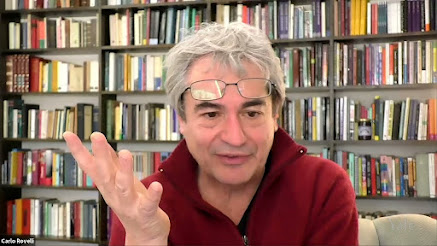 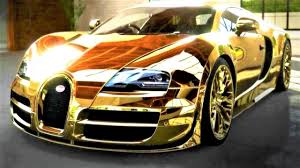 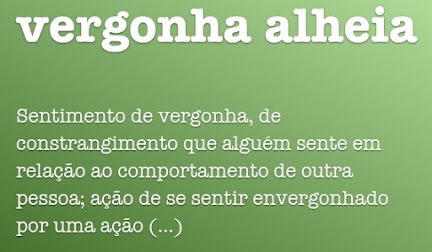 Still on the post in the link above it seems that Bill Gates advisors forgot to tell him about the important role of waste recycling by the construction industry
https://www.sciencedirect.com/science/article/pii/S2213305419300402#fig0010

According to a report by the European Commission the construction and demolition waste recycling market in Europe is projected to grow to around EUR 18 billion by 2020
https://www.elsevier.com/books/advances-in-construction-and-demolition-waste-recycling/pacheco-torgal/978-0-12-819055-5


It seems they also forgot (or ignore) the crucial contribution of pavements for the sustainability of the Planet
https://www.elsevier.com/books/eco-efficient-pavement-construction-materials/pacheco-torgal/978-0-12-818981-8 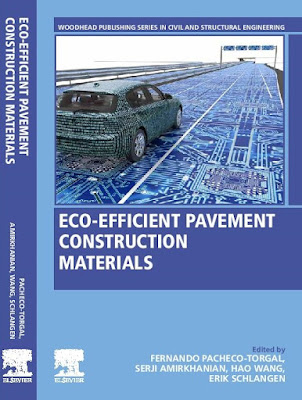 Harvard Business Review__Reasons Why Higher Education Needs to Be Disrupted

"Success in the future won’t be defined by a degree, but by potential and the ability to learn, apply, and adapt" https://hbr.org/2019/11/6-reasons-why-higher-education-needs-to-be-disrupted
Says who ?  The Chief Talent Scientist at ManpowerGroup, professor of business psychology at University College London and at Columbia University, associate at Harvard’s Entrepreneurial Finance Lab and also the President of the ManpowerGroup North ?
Its not very convincing to hear the foxes explaining what is the best strategy to guard the henhouse. In my view and in what concerns the status quo with need less adaptation and more confrontation. See for instance the 2018 piece below:
"to form students as specialized workers instead of passionate critical citizens that are needed to save Democracy from its enemies namely the Facebook massive brainwashing experiment. And the best proof that universities in Western countries failed their mission by becoming just tools in the capitalist production, apparatus is the simple fact that no country ruled by dictatorship fears to send their students to those universities because they know that they will not risk being infected by any kind of freedom of thought virus !"
Also the "adaptation" narrative does not go hand in hand with the one in here https://pacheco-torgal.blogspot.com/2019/09/the-responsibility-of-intellectuals-to.html

And last but not least let´s not forget this: “scientists should join civil disobedience movements to fight these unprecedented crises.”
https://www.nature.com/articles/s41559-019-0979-y?fbclid=IwAR1vcQyRceFfMHd1S07arB8lL302xP0G5ETp9oGdZDCy5gJQYe5hrGX2YZ0 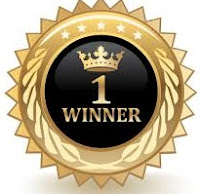 https://pacheco-torgal.blogspot.com/2019/11/science-institutions-hiring-private.html
Still following on the post in the link above its worth mentioning that is somehow ironic that the idea of private integrity inspectors was born in Germany the same country that generate misconduct “champions” like Joachim Boldt and DiederikStapel. Probably German scientists should spend more time curating science rather than being obsessed with childish dreams of entering a Science Valhalla.